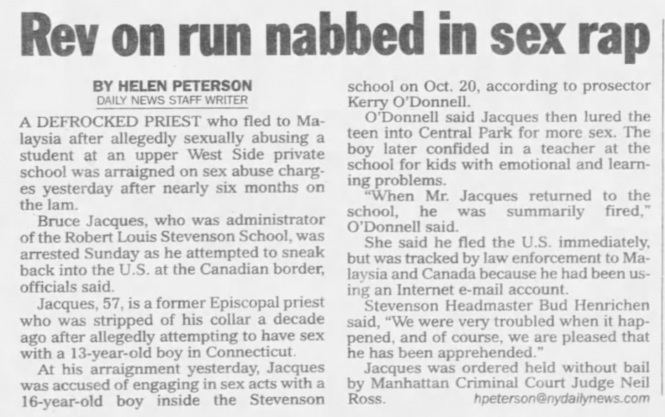 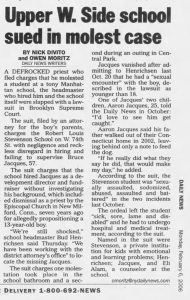 Bruce Jacques was ordained to the priesthood in December 1973 by Episcopal Bishop J. Warren Hutchens after studying at Philadelphia Divinity School. In 1995 as rector of St. John’s Episcopal Church in Milford, Connecticut, Jacques offered to perform oral sex on a male 13 year old parishioner as a “gift” for his confirmation. Jacques resigned from the parish and sued the boy’s family for defamation. The Episcopal Diocese of Connecticut found him guilty of “conduct unbecoming a member of the clergy” in 1998 and deposed him from the priesthood of the Episcopal Church. Jacques fled to Malaysia in 2005 after the New York Police Department received a complaint about him molesting a student at the Robert Stevenson School and in Central Park. He was arrested in 2006 after returning to the United States from Malaysia via Canada. He was sentenced to one to three years in prison on October 18, 2006 after pleading guilty to two counts of third-degree criminal sex acts. In 2013, a Connecticut appellate court absolved the Episcopal Diocese of Connecticut and St. Peter’s Episcopal Church in South Windsor of liability to a third man who said Jacques molested him when he was in sixth grade, concluding that the harm inflicted by the former priest, Bruce Jacques, on the plaintiff in the case, Robert Gough, “was not foreseeable.” 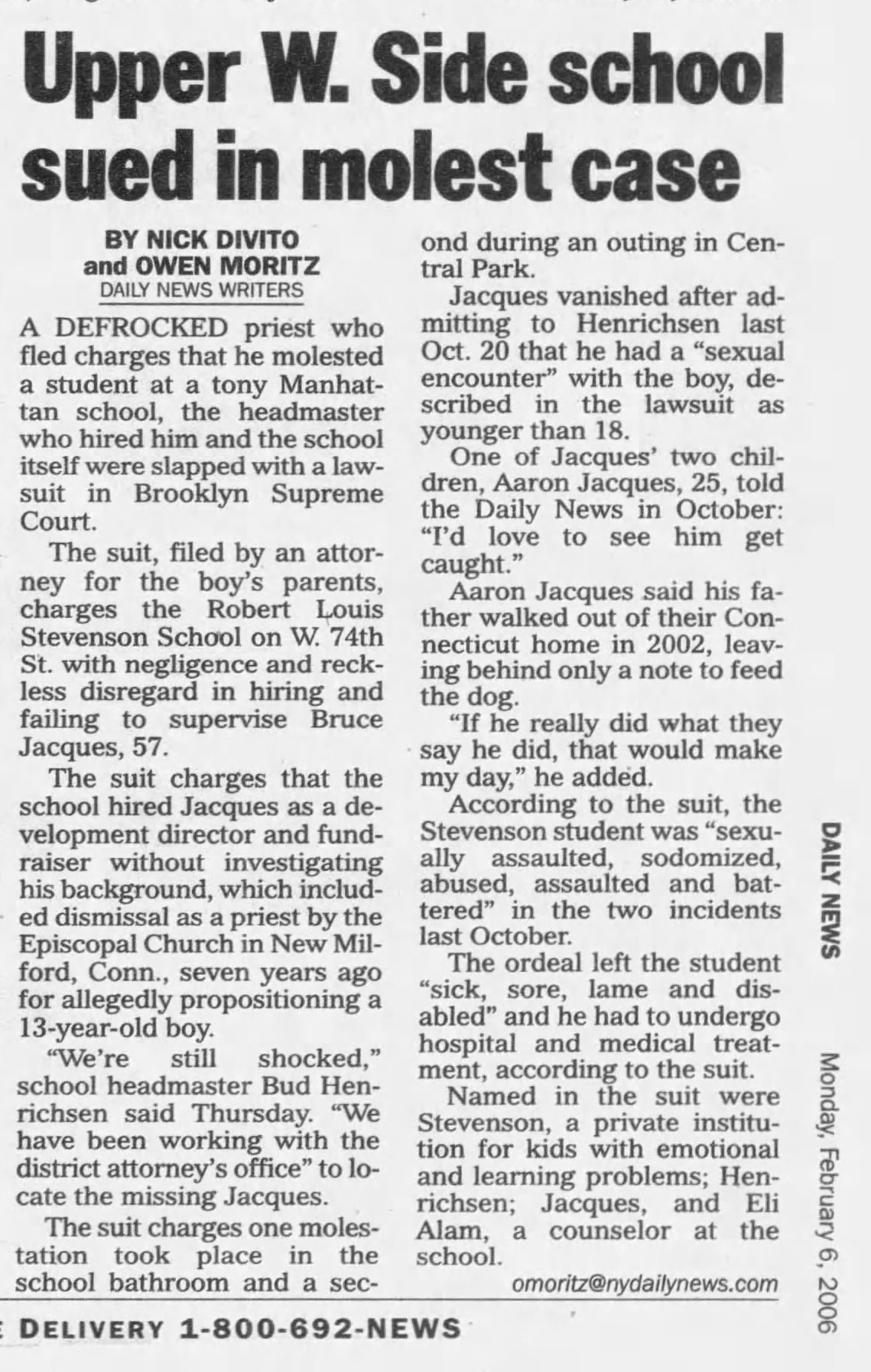