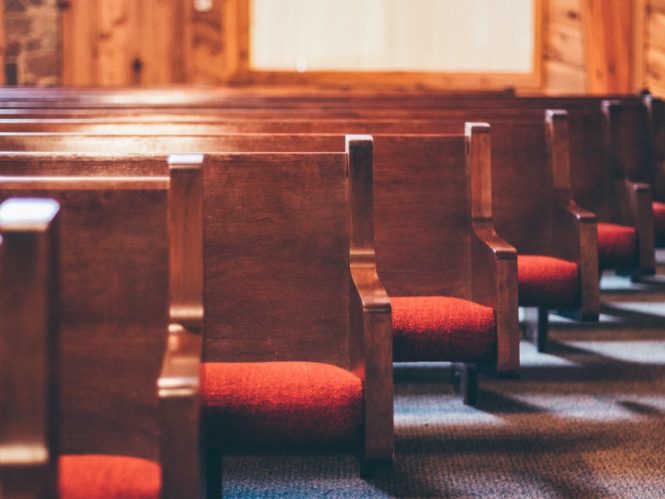 The Episcopal Church recently published a survey, “Jesus in America,” which analyzed public views of Jesus, his teachings, and views of Christians generally. Predictably enough, it was intended to garner media attention, and PB Michael Curry positioned it as evidence that the church needs to become more Christlike. (In other words, pay attention to us. We know what’s going on.)

And while Curry was spot on about the need for the Episcopal Church to become more Christlike, there is a major flaw in the survey that not only favors TEC, but conceals the tsunami bearing down on the church.

The survey revealed that Americans, taken as a whole, have a deep connection with the teachings of Jesus. But the view of religiously non-aligned persons reveals considerable antagonism towards Christianity and Christians. For example:

Certainly bad news, but the worst is yet to come.

Specifically, the survey fails to correlate the data with cohorts arranged by age. Thus, as bad as things are, the survey is overly optimistic.

In other words, we are an aging population. As a result, deaths will rise sharply in coming years as us baby-boomers move to the Great Disco in the Sky.

This trend continues until roughly 2055, when mortality rates begin to level off.

Worse still is that if you look at the US Census map in the hyperlink above, there is almost a one-to-one correlation with the footprint of the Episcopal Church as reflected in the church asset map. In other words, a whole lot of Episcopalians will die in the next 20 years, further thinning the ranks of any already imploding church.

All of that begs the question, “What comes next?”

To answer that question, we need to first recognize that recent years reflect a breakdown in the historical pattern of church affiliation.

Until relatively recently, children attended the church of their parents until they went to college, when they often drifted away for several years. Then marriage and parenthood typically pulled people back into organized faith.

But millienials don’t follow that pattern. They leave church and they never come back. Moreover, more than half of teens and young adults who do belong to church report that they don’t trust it. Needless to say, that doesn’t leave much room for optimism when it comes to non-religious.

Moreover, the rate of religious disaffiliation is accelerating. Indeed, from 2015 to 2021, the percentage of nonreligious increased by 6 percent nationwide. This was accelerated by the pandemic, which the survey shows resulted in an 8 percent decline in weekly attendance among mainline denominations. This was somewhat offset by a 4 percent increase in online attendance; the cohort of mainstream church members who attend a few times a year surged by more than 9 percent (meaning a big jump in existing members who no longer attend church regularly.) And it comes as no surprise that the group that is most rapidly leaving organized religion is millennials (age 23-28).

So Where Does that Leave TEC?

The answer should be, “In great shape.”

Per the Wall Street Journal and other sources, the greatest issues of disaffection with organized religion revolves around LGBTQ+ rights, immigration, equality, racial justice, and equity. And to listen to TEC, the place is fairly foaming at the mouth on these issues. In fact to hear people talk, the church should be bursting at the doors. And truth to tell, the average young American’s religious views are highly likely to align with those of TEC.

Despite that, the only mainstream denominations declining faster than TEC are PCUSA, the main Presbyterian group, and the Disciples of Christ.

So where is the church screwing up? What’s going wrong?

One factor, as follow blogger Crusty Old Dean notes, is that Episcopalians are far older than the population at large, and their footprint is not in the growth areas of the Sunbelt and the West. (I’d hyperlink, but you’ve taken your blog private. Sorry Crusty.)

For decades, bad behavior within the denomination has been normative. Ellen Cooke, the former national treasurer convicted of embezzling millions from the church, blamed her behavior in part on infighting at church headquarters, even then infamous for bad behavior and palace intrigue.

Similarly, a 1995 article, recounting the Cooke scandal and other misconduct, referred to the church’s abysmal handling of sexual abuse, said:

“I haven’t heard a story yet of any [sexual abuse victim] who feels their case has been handled appropriately and hasn’t been retraumatized by it,” said Margaret Burroughs, a Massachusetts woman who was sexually abused by a priest and edited a newsletter for Episcopal abuse victims.”

Echoing these sentiments, the article records The Rev. Margo Maris of the Diocese of Minnesota, co-chair of the National Committee on Sexual Exploitation of the Episcopal Church, as saying “[sexual abuse] cases… forced the church “to look in the mirror darkly” and see the image they present to the world.

“The good news is that we looked at those,” she said, “and some of us said, ‘If we don’t want this to continue, what can we do?’ ”

“According to the 2010 Faith Communities Today Survey conducted by the Episcopal Church’s Office of Research, we are a conflictive church. In that survey 61% of Episcopal churches reported that they’d experienced serious conflict in the past five years, with 93% of that group saying that these serious conflicts had resulted in a decline in Average Sunday Attendance.”

Nor have things gotten better since 2011. In fact, it was about at that time that TEC numbers really started to plummet, and today the rate of decline is picking up speed.

So, in true Episcopal fashion, 30+ years have passed, and we’re still “looking in the mirror darkly” and realizing we have work to do. But nothing’s changed, and if you ask the average parish priest — or bishop for that matter — they’d tell you that yes, they are concerned about membership, but beyond that, things are good.

But from this author’s experience, the church continues to handle clergy discipline abysmally. Have an affair, steal money, or rape a child, and you might face consequences. Anything else, you’re probably good to go. Indeed, this author’s former rector has repeatedly engaged in facially illegal behavior, and the denomination is utterly unconcerned. Nor does the denomination follow its own canons; for example, the Title IV requirement of a “pastoral response” whenever a complaint is made to the intake officer is routinely ignored in many dioceses, including Massachusetts and Virginia.

Similarly, clericalism is a big issue. Far too many priests still think this is 1970, they get to call the shots, and the parish is their little playground, where they can appoint vestry members, surround themselves with sycophants, and act like little mini-monarchs. Relatedly, bishops prefer to protect their dwindling prerogatives, versus caring for the faith communities they purport to serve. This author only knows of a handful of bishops who actually appear to care for the Christians in their dioceses; he would be delighted to be proven wrong.

And, as reported by the study group appointed following the bishop Heather Cook debacle, after she killed a cyclist in a DUI, the church suffers from a lack of accountability, a lack of urgency, and a flawed theology of forgiveness.  Indeed, the report noted that issues of impaired clergy had been coming before General Convention for decades, with nothing to show for it. And while the church is famous for its mind-boggling mountains of paper and myriad committees, the report noted that church records are inadequate to identify potential clergy impairment. Nor did the most recent general convention address the issue—the proposal to start a national database of clergy disciplinary complaints was voted down.

So much for accountability.

And church governance is ugly. There are few too many churches out there with next to no internal controls or, even worse, just enough to provide an illusion of security.

Meanwhile, those who dare point these factors out are not welcomed, but instead marginalized, discredited, accused of being mentally ill, socially isolated and declared persona non grata. In other words, the people most capable of helping the church are universally reviled. And while Episcopalians have an odd fixation with their British heritage, the notion of “the loyal opposition,” has no role in the denomination.

It also ignores something any good non-profit executive knows, which is that your critics often are your most valuable board members. You may have to take a deep breath when you listen to them, but your critics serve the crucial role of keeping you honest and making you think critically about decisions. And it’s about inclusion — not just based on race or sexual orientation — but rather of every human being. Good non-profits strengthen the community by welcoming diversity in all of its forms, including diversity of thought/opinion. Thus, the Episcopal church’s unwillingness to welcome “the loyal opposition” and be truly inclusive all but ensures its eventual failure.

In short, ++Curry is right about one thing: It’s time not for reform, but rather revolution. Time to quit frittering around the edges and actually do something.

That said, if the church is true to form, we will see few, if any, changes.

Meanwhile, a tsunami races towards the church, threatening to wash away the church as we know it. Yet few if any in the church are prepared to recognize the disaster already under way.