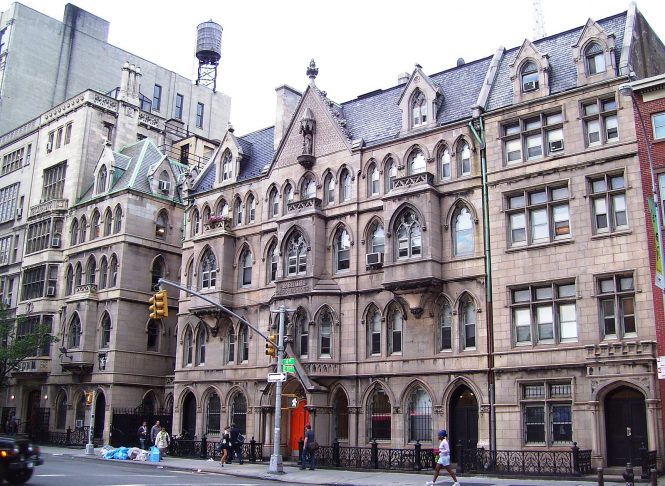 In August 2021, an adult woman sued Grace Episcopal Church, Grace Church School, and the Episcopal Diocese of New York in New York State Supreme Court for underage sexual assault, gross negligence, and “illegal, heinous, and immoral acts” when she was an 8-14 year old student at Grace School.
The suit alleges that Grace School headmaster E. Allison Grant digitally penetrated the victim and forced her to perform oral sex on him in his church office approximately twice a week from the time she was ten until she was 14. The abuse also included vaginal rape with Grant’s penis, candles, a flute, and other foreign objects. He also forced the victim to light a candle that he had inserted into his own anus.
“Upon information and belief, the Diocese and School were aware of Grant’s predilection to engage in sexually inappropriate behaviors with children.”
The suit also alleges abuse by Episcopal priest Duncan Grant Porteous over the course of two years when the victim was 11-13 years old. Porteous was appointed as assistant priest at Grace Episcopal Church in 1951.
“The sexual abuse [by Porteous] consisted of fondling Plaintiff’s genitals and breasts, digitally penetrating Plaintiff’s vagina, and instructing Plaintiff to fondle his genitals after he exposed himself, and vaginal penetration, among other acts of sexual abuse.”

Grace School, Grace Episcopal Church, and the Episcopal Diocese of New York have not made any comments on the suit. The case is due for completion of discovery and trial readiness on September 16, 2022.