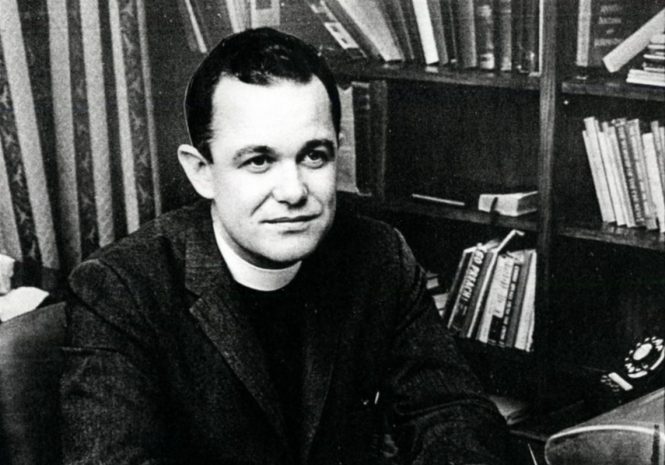 Bishop Donald James Davis of the Episcopal Diocese of Northwestern Pennsylvania (Erie) served regularly in the Episcopal Diocese of Bethlehem between 1974 and 1991 during the tenure of Bishop Lloyd Gressle and Bishop Mark Dyer. Davis participated in ordinations and consecrations in the diocese, and offered pastoral assistance during vacations of the Bethlehem bishops. A former Presbyterian pastor, Davis was ordained in the Episcopal Church in 1955 and became a bishop in 1973. Allegations of inappropriate sexual behavior with at least 14 girls, all clergy daughters, surfaced in 1993 and Bishop Davis was asked to resign from the House of Bishops by then Presiding Bishop Edmond Browning. Victims began to contact Bishop Sean Rowe of the Diocese of Northwestern Pennsylvania in March 2010; Rowe revealed that his predecessor Bishop Robert Rowley had also been aware of the abuse allegations and kept them secret. Bishop Rowe apologized to the victims, whose claims were outside of the statute of limitations in Pennsylvania.
Sources:
Episcopal Clerical Directory
Journal of the General Convention of the Protestant Episcopal Church 1973
The Episcopal Church Annual
Diocese of Northwestern Pennsylvania website
WFMJ News, July 12, 2010
Pittsburgh Post-Gazette, July 14, 2010
Erie Times-News, July 14, 2010