Apparently, working in landscaping is a pretty good gig. In fact, cutting grass and performing other landscaping services as an employee is downright lucrative. At least, that’s the conclusion one comes to when looking at Montvale Landscaping’s federal Paycheck Protection Program (PPP) loan data.

Per public records, Montvale Landscaping obtained a $437,500 PPP loan in 2020. Approved on 4/28, the loan originated with Valley National Bank.

Applying the usual PPP formula — which may or may not have been used when the application was made — Montvale Landscaping would have had an estimated 2019 annual payroll of $2 million. Thus, each of the 30 employees whose jobs were allegedly saved would have had an average annual income of $70,000. That’s right — the average annual compensation at Montvale Landscaping appears to be about $70,000. 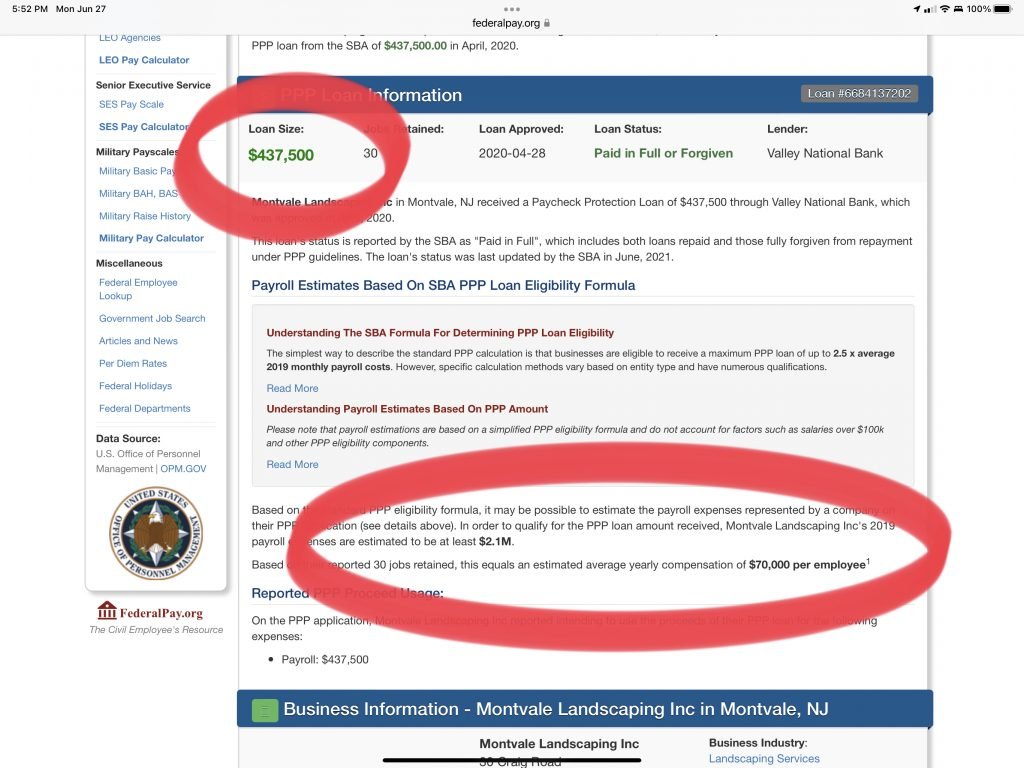 And while Jeff Piatt is known to own several companies, evidence suggests he’s got about 30 people on payroll at Montvale Landscaping. Moreover, owners may only derive $100,000 from PPP.

But things get even more curious when we look closely at Dun and Bradstreet’s data for the company. This suggests the company indeed has about 30 employees, and annual revenue of $1,908,900. Thus, we are looking at a situation in which annual payroll appears to be higher than total annual corporate revenue. 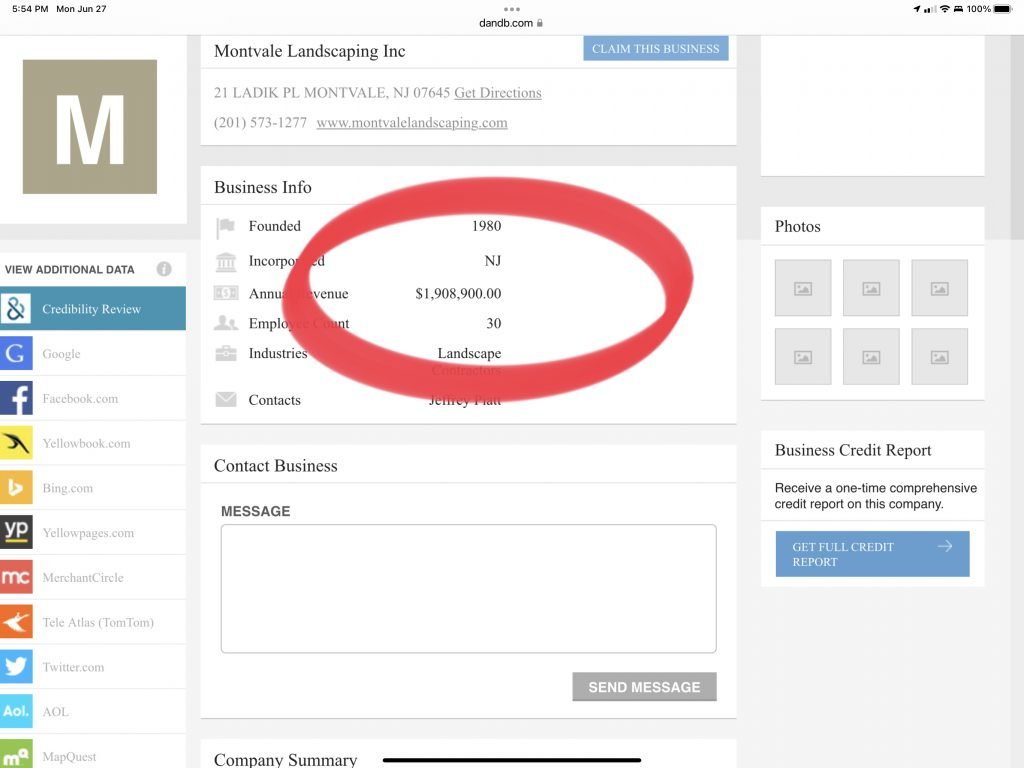 Of course, we don’t have access to the original loan application. Nor do we have access to audited financials. And there are lots of in-and-outs to PPP.

Still, the numbers appear highly questionable. And if Jeff Piatt and Beth Abrahamson indeed have been laundering money through St. Paul’s and engaging in tax evasion, it almost certainly follows that they filed a fraudulent PPP application.

Why? Because any financial reports submitted would, by definition, have been fabrications.

No matter how we parse these issues, there is ample reason to question the integrity of Montvale Landscaping’s business operations, and the personal integrity of Jeff Piatt and Beth Abrahamson.