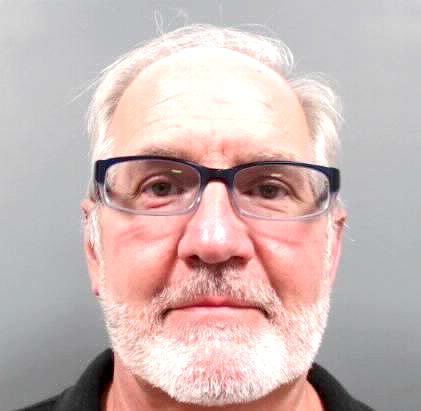 Episcopal Church senior warden, youth minister, and babysitter Scott E. Nash of Trinity Episcopal Church in Tilton, New Hampshire was arrested in 2005 after fleeing to Aruba following charges that he digitally assaulted three four year old girls and stole $5,000 from the church. Nash was charged on March 7, 2005 with two counts of aggravated felonious sexual assault, one count of felonious sexual assault, and one count of theft. Rector Janet Lombardo resigned from the church two months after Nash’s arrest but said that her decision was unrelated. Nash’s defense attorney stated that his client should be acquitted because the four year olds’ stories were inconsistent. In December 2005 on a guilty plea bargain Nash was sentenced to two to five years in state prison and required to register as a sex offender. New Hampshire Bishop V. Gene Robinson did not make any comment about the case. 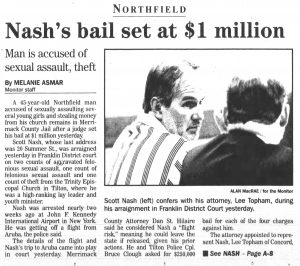 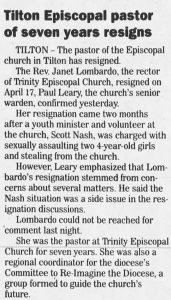