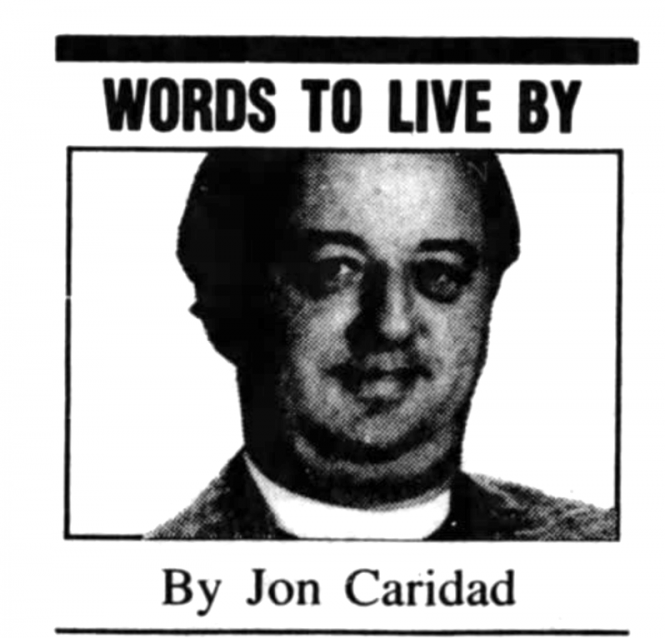 Episcopal priest Jon Allen Caridad graduated from General Seminary in 1968 and was ordained in 1968. He was teacher and headmaster of St. John’s Episcopal Parish Day School in Tampa, Florida from 1971 to 1977 when he was terminated for “inappropriate behavior with a student.”
After voluntarily renouncing the priesthood in the Diocese of Southwest Florida and receiving counseling, he was allowed to return to the priesthood in 1984 after serving as headmaster of the American School in London for six years. He renounced the priesthood a second time in 2002 when an adult victim brought charges against him in the Episcopal Diocese of Mississippi.
Caridad was sued along with another St. John’s teacher in 2013 in the US District Court of Tampa for battery, abuse, and sexual battery by a former student.
The church, the school and the diocese asked a federal judge in Tampa to dismiss the claims against them as time-barred, claiming that the delayed-discovery doctrine did not apply to negligence, fiduciary duty and vicarious liability claims.
In 2014 the federal court allowed the charges against Caridad to proceed, but blocked the suit against the diocese and school.
Caridad is now minister at First Christian Church (Disciples of Christ) in Gulfport, Mississippi.
https://www.tampabay.com/archive/2002/07/26/church-to-tell-members-about-accused-priest/