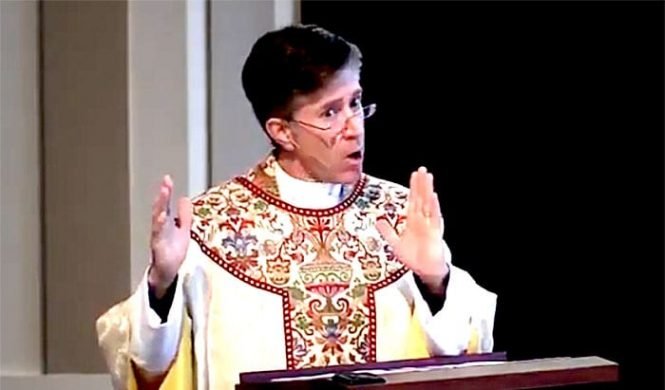 Former Episcopal priest Eric Dudley resigned as dean of the ACNA Cathedral of the Diocese of the Gulf Atlantic, following allegations he engaged in grooming behavior and sexual harassment of four men connected with the church.

Dudley transitioned to the Anglican Church in 2013, after abruptly resigning as rector of St. John’s Episcopal Church in Tallahassee. The announcement, made shortly after the ordination of openly gay bishop Gene Robinson, cited “deeply unrepentant heresies” of the Episcopal Church, adding that Dudley intended to start a new church.

Shortly after, Dudley launched St. Peter’s Anglican Church. The church grew and in 2018 was consecrated as the Cathedral of the Diocese of the Gulf Atlantic, an organization not connected with the Episcopal Church. Dudley was named canon of the cathedral.

A subsequent investigation by an outside organization noted that all four victims were thin, fit, and attractive, and at vulnerable periods in their lives.

At least one victim initially downplayed Dudley’s behavior, noting that the church was founded on a platform of LGBTQ hatred.

Local newspapers report that Dudley had been accused of misconduct for years, but the complaints were ignored. Initial efforts by the diocese were found to have blamed, in part, one of Dudley’s victims.

Following his departure from the Anglican Church, Dudley opened non-denominational Christ Church in Tallahassee, which proclaims, “Regardless of who you are, or from where you come, at Christ Church you will be known and loved.” On the church’s website, Dudley says this of his conduct:

Having burned out on ministry (after serving three large parishes) I found myself in a place of deep exhaustion and empty isolation.  I put on a good front, as clergy often do, but my life was frayed at the edges, and empty at the core. Not sleeping; taking Ambien; getting angry and frustrated about inconsequential things; feeling too much that this huge parish was on my shoulders; drinking too much, occasionally to the point of drunkenness; and, over-stepping boundaries on several of those occasions, my life spiraled apart.

Within a short few weeks I lost the parish I had created, and found myself out on the street with no future form of support or purpose in sight. We are all disposable, but facing that truth is hard especially after such a long period of faithful ministry. My reputation was forever damaged, as everything that anyone wanted to say about me (whether it was proved or not) was posted on websites and published in newspapers. My family was, of course, caught up in all the horror of it, shocked by all that was being said, and left floating without a parish family to care for them. I had a short period of feeling suicidal, as though my life was ruined, and could never be restored.