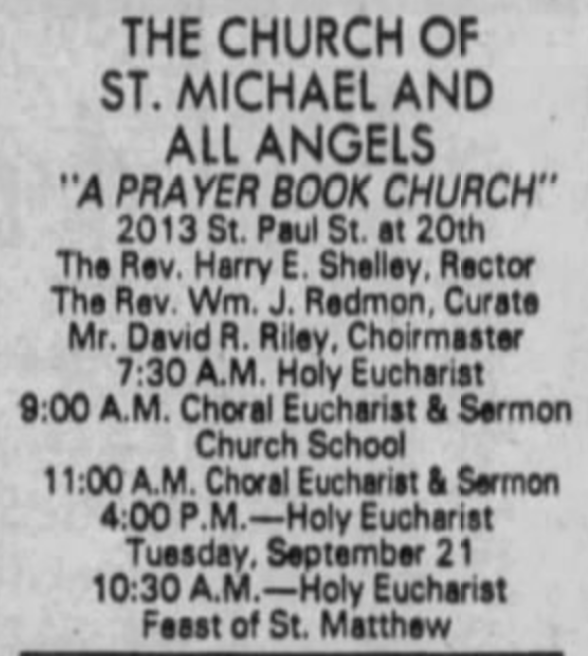 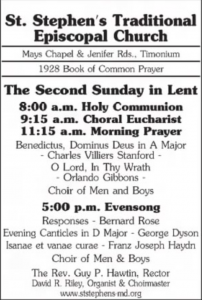 Baltimore Episcopal organist and boy choir director David R. Riley was granted probation before judgment on one count of child pornography possession after police found hundreds of “photographs that depicted young boys as the subjects of sadomasochistic abuse” with clothespins on their bodies. Riley entered an Alford Plea and did not admit guilt, but acknowledged that prosecutors had enough evidence to convict him.

Choir director “Riley told police that he collected the images – most of which contained shirtless boys – ‘because he enjoyed looking at young boys,’ according to court documents. He also told detectives that he had photographed boys in various states of dress and partial undress while at a choir camp that he ran St. Stephen’s Traditional Episcopal Church in Timonium, Maryland, a church of the conservative Anglican Church in America.
Riley’s defense attorney G. Warren Mix said “It was just a crazy hobby that he didn’t even know was wrong.” Riley was a music teacher at the Peabody Institute, Garrison Forest and Boys’ Latin School of Marylandprivate schools, and organist at St. Paul’s Episcopal Church, Baltimore (Episcopal Diocese of Maryland) and St. Michael and All Angels Episcopal Church, Baltimore. He resigned his positions as organist and boys choir director in 2007, and was sentenced to three years of probation.
https://www.baltimoresun.com/news/bs-xpm-2007-08-01-0708010238-story.html
https://www.bishop-accountability.org/news2007/07_08/2007_08_01_BaltimoreSun_ExChorister.htm