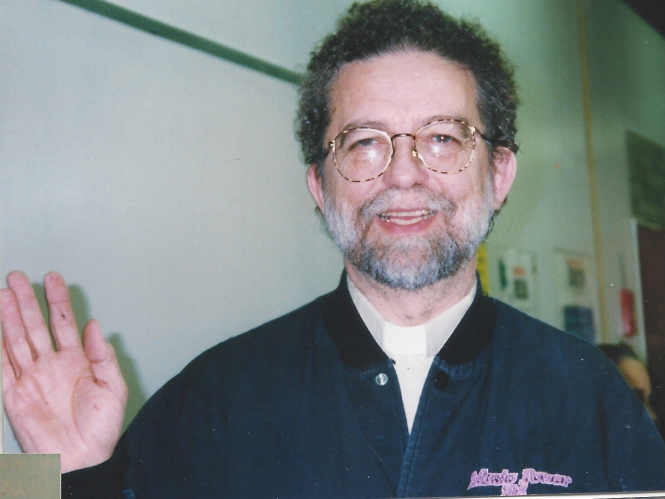 The Rev. Charles W. Appel, Jr. of the Episcopal Diocese of Pittsburgh renounced his priesthood in the Episcopal Church voluntarily in 2001, after charges were brought against him under the church’s clergy disciplinary canons during the tenure of Bishop Robert Duncan. General Seminary graduate Appel was administrator of the diocesan Calvary Camp from 1971 to 1982, and vicar of the Church of the Good Samaritan in Liberty Borough, Pennsylvania. He was the Diocese of Pittsburgh’s chairman of the Department of Youth Work from 1971 to 1982. In 2013, Appel was indicted for receiving pornographic videos of children on 29 occasions. He was sentenced in April 2014 to five years in federal prison. Appel was also a popular Pittsburgh disc jockey in addition to his work as a priest and youth group director. Pittsburgh Bishop Dorsey McConnell announced in 2021 that further historical sex abuse charges against Appel had emerged after his death in 2019. 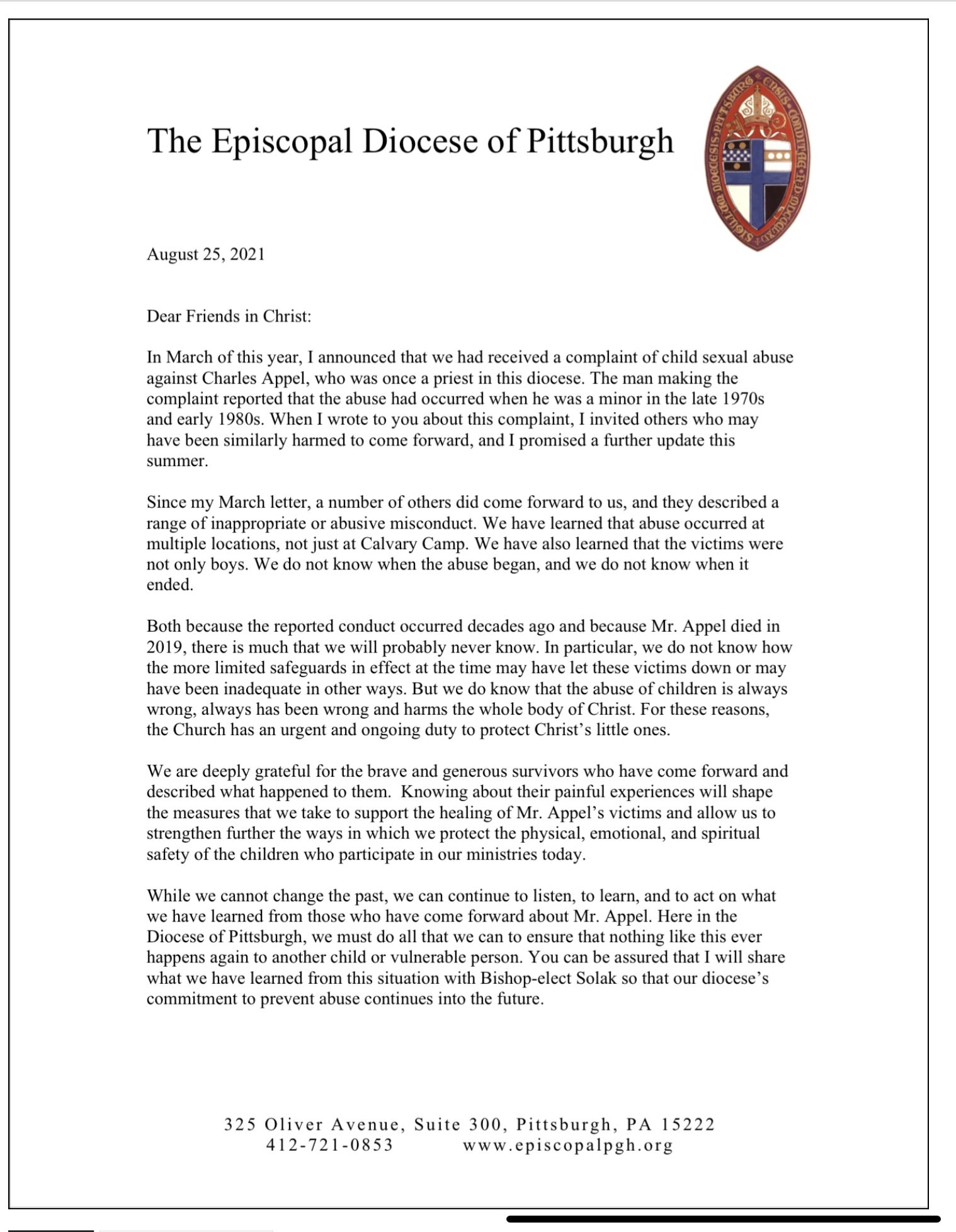 Letter from Diocese of PGH