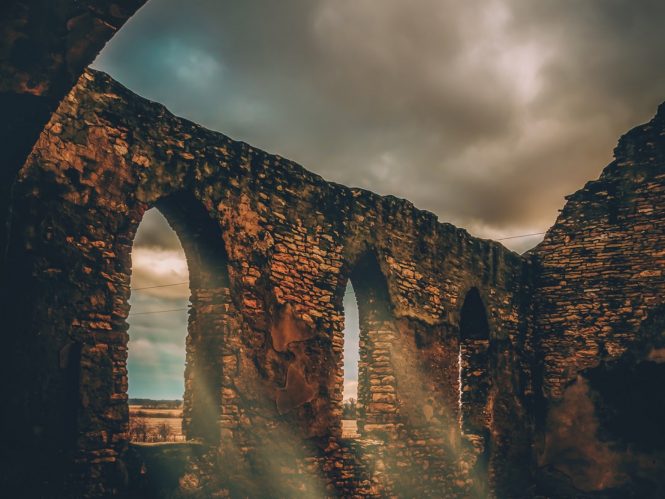 Like many, I long ago concluded that the Episcopal church is dying. That is a sad conclusion, for at one time I loved the church dearly.

That begs the question: What would it take for the Episcopal church (TEC) to pull out of its death spiral?

It seems to me that the answers are not difficult. The larger issue is the willingness of the church to embrace change — a challenge many in the church appear unwilling to confront.

Setting that issue aside for one moment, here is what I believe the church must do if it wishes to survive.

But the issue is larger than just change itself. Choosing life means embracing life and truth at every turn. It means:

While we’re on the topic, we need to stop blindly asking members to do more. Many parishes, confronted with major declines during the pandemic, have been pushing their remaining members to up their giving so they can resume the status quo, even though no effort is being made to bring in new members. At some point, members die, move away, or simply don’t have any more time, energy, emotion, or cash to give.

Another interesting vantage point is former evangelicals who have joined TEC. Many ultimately wind up aghast at the rampant clericalism, the broken business processes, the dysfunctional power relationships, the prevalence of passive-aggressive behavior, and the lack of accountability at every level of the church. If TEC wants to survive, it needs to take this feedback seriously, versus brushing it off.

And don’t think for a second that the convoluted processes and procedures aren’t killing the denomination. Just look at the report of the diocese of Vermont, prepared by a former partner with Deloitte, which concluded that the tiny diocese has “a staggering number of finance-related committees and subcommittees” that “cloud the financial picture and lead to confusion … and stymie decision making.”Similarly, while the church likes to trumpet its alleged democracy, in most dioceses contact information for elected representatives is unavailable, or flows through diocesan headquarters.

Many also have a small circle of sycophants in the inner circle that can pretty much do whatever they want, including ignoring church canons, disregarding legislation, and more. Doubt it? Just look at the difficulties in establishing accountability for Jon Bruno, or the lack of success in selling the wasteful heap that is church headquarters, despite numerous calls to do just that.

Connecting also requires engagement. Turning off comments on our YouTube posts is just as bad as assuming that people will magically just show up on Sundays. Yes, we may not like some of the comments and interaction, but getting our hands dirty is an unavoidable aspect of the Gospels.

For the record, social media is NOT announcing online that you have just posted a new sermon to the website. It’s about discussion, conversation, engagement.

Far too many churches think a few banners on the front lawn, and maybe a booth at a local event are all that’s needed.

But look at evangelical churches, and they have written strategic plans, including for growth. Often, these are professionally done and include empirical measurement criteria.

So why don’t Episcopal churches take a similar approach? It is that we think we are too good? That we believe “if we build it, they will come?” What’s to stop us sending handwritten invites to the neighbors to join us? What about social media ads?

These are questions that demand answers.

For the record, I am not engaging with conservatives, who claim that each diocese is an utterly separate entity that can leave whenever it wants. I’m only saying that bishops and their inner circle often report to no one.This leads to ugly situations. Whether it is Bishop Bruno trying to sell the St. James the Great church building out from under the parish, or bishops choosing to turn a knowing blind eye to illegal conduct by clergy under their supervision, far too often there is no recourse against a bishop who behaves badly.

Yes, you might attract the attention of the national church if, like the ironically named Bishop Love, you refuse to marry same-sex couples.

But if it is a one-on-one problem, forget it. The national church will do nothing.This approach doesn’t work in the 21st century. Few today, myself included, are prepared to simply roll over because some priest happens to wear a pointy hat. We simply don’t choose to be part of a church in which the hierarchy is so lacking in accountability.

Gone are the days when members were willing to blindly give money and trust that the church would use it wisely. In fact, from what we can see, the church is really bad with money.

That means we need to see:

We also need a seat at the table when allegations of clergy misconduct arise.

No more treating everything as secret. No more ignoring the requirement of a pastoral response. No more sandbagging complaints on the advice of some old dinosaur who serves as chancellor.

It’s our church, and we will not sit idly by while you play games. Nor will we play along when you blow off sexual harassment, or conclude that the problem is fixed because you held some lame litany of repentance.

Nor do we need an erudite exposition of the differences between the four Gospels.

We need passionate preaching that is relevant to our times, that connects with us personally, that offers real value. We live in an era of social media blurbs and images, yet the average Episcopal priest drones on on Sunday like we’re still in the era of black and white TVs.

Bottom line: The bottom line is simple. The Episcopal church spends all its time and energy pretending it is still the quasi-state church, even as it spirals ever faster toward irrelevance and oblivion. If it wants to survive, it needs reformation, top to bottom. Absent that, the church’s trajectory towards collapse will accelerate in the coming years, as more and more of its existing and aged membership passes away. The choices before the church are clear: The path towards life, or the path towards death.

As things stand, the Episcopal church is on the path towards death. Only time will tell if the church has the courage to choose life.

This article is chock full of wisdom and truth. And it perfectly describes my experience as an Evangelical coming into the Episcopal Church.