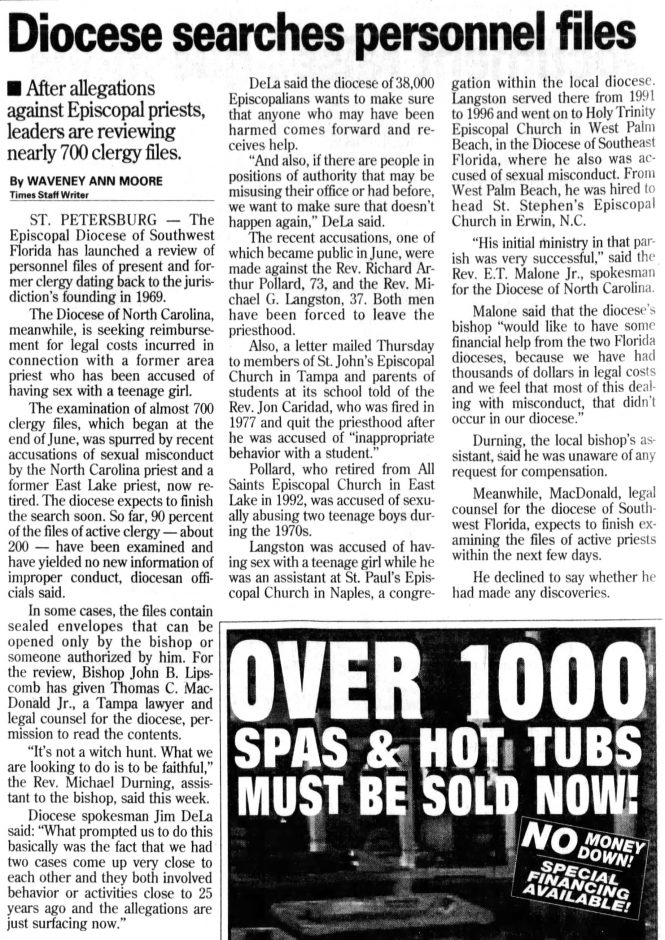 In 2002 the Episcopal Diocese of Southwest Florida launched a review of about 700 clergy files dating back to 1969 for evidence of sexual abuse. It was expected to take “several days.” No findings were made public.

The investigation was because of charges against several clergy:

A diocesan spokesman said that the reason for reviewing the 700 clergy files was that the Diocese of Southwest Florida hoped to claim financial assistance from other dioceses where its clergy were assigned before or later in case there were civil damages.