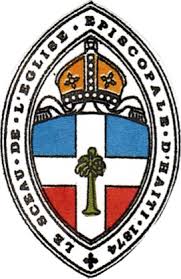 Local newspapers report that two officials in the Episcopal Diocese of Haiti have been arrested for allegedly using church funds and aid shipments to bring weapons into the country.

The news follows the interception by Haitian customs officials of four containers destined for the diocese containing 18 Russian AK-47 rifles, an M4 carbine and an Israeli Galil assault rifle, along with a shotgun, four pistols, 20,000 rounds of ammunition and $50,000 in counterfeit American currency. The other three containers also contained weapons and contraband items. All were labeled as containing relief supplies.

Arrested were diocesan accountant Jean Gilles Jean Mary, as well as a priest, Fr. Frantz Cole. The accountant was arrested after he was found to have written checks, drawn on diocesan accounts, payable to international arms traffickers.

When the contraband was intercepted, church officials issued a statement denying the church’s role in arms trafficking, saying in part:

“The Episcopal Church of Haiti is saddened to learn, through rumors, that its name is associated with the duty-free import of containers containing illegal weapons and ammunition at Port-au-Prince customs.

“The Episcopal Church of Haiti has no orders for containers and has not undertaken any container clearance procedures at Port-au-Prince customs and is not awaiting the arrival of any products from the foreigner for any of its diocesan institutions.

Subsequently, the church issued a statement indicating that it is cooperating fully with the investigation.