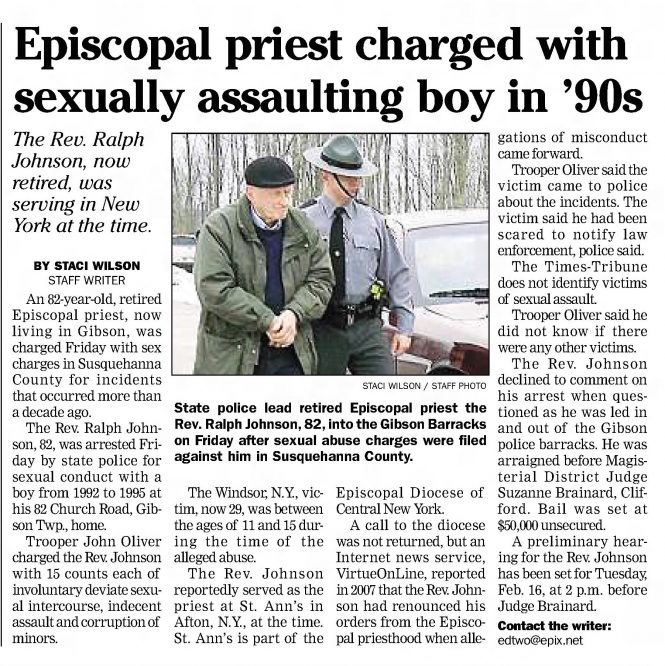 Episcopal priest Ralph Elwood Johnson pleaded guilty in November 2010 to 15 counts of involuntary deviate sexual intercourse with teenage parishioners between 1992 and 1995, including one charge involving an 11 year old. He also pleaded guilty to sexually assaulting a mentally disabled 14-year-old boy in 2001. Ordained in 1962, he served parishes in the Episcopal Dioceses of Central New York and Pennsylvania. In May 2006 Johnson had been permitted to resign voluntarily from church functions by the Episcopal Diocese of Central New York without admitting guilt during a diocesan investigation into earlier sexual abuse allegations from the 1970s regarding 16 underage parishioners. The Yale Divinity School and General Seminary graduate retired to the Episcopal Diocese of Bethlehem, where he was a parishioner at St. Paul’s Church in Montrose, Susquehanna County.