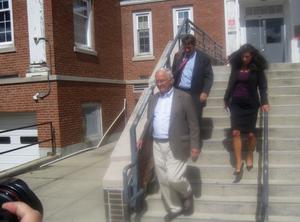 Episcopal priest Paul A. LaCharite was criminally charged with sexually abusing a boy in his congregation, St. James in Somerville MA, over a ten-year period. LaCharite, who served as rector of the parish from 1989 to 2005, pleaded not guilty to the charges.

While out on bail, LaCharite died from an alleged drug overdose and was found in a Boston parking garage. The death is believed to have been suicide.

LaCharite’s estate subsequently was sued by alleged victim, as was the Episcopal Diocese of Massachussets.