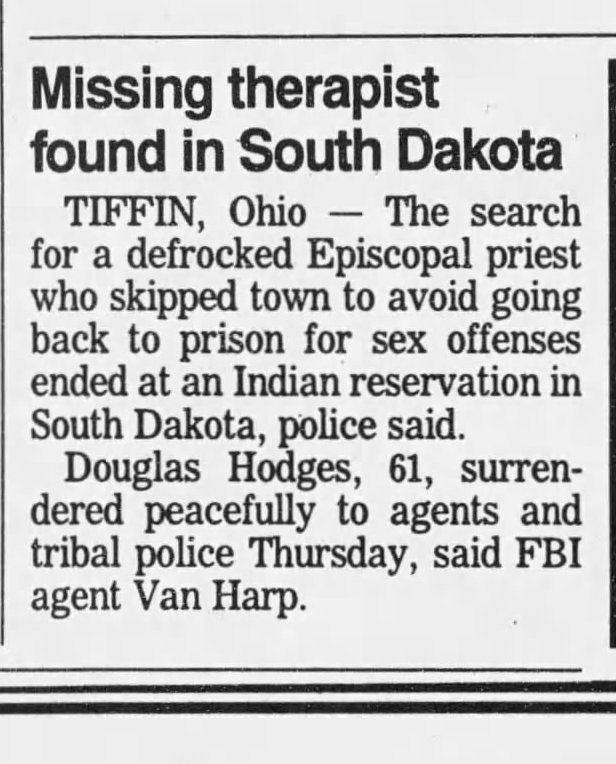 Episcopal priest Douglas Dean Hodges was ordained in 1978 and served parishes in Wyoming and Idaho from 1976 to 1982. He was assistant rector of the now closed St. Mark’s Episcopal Church in Toledo, Ohio and its director of family outreach ministry from 1982 to 1991, when he was charged with third degree felony sexual battery for raping three women in the context of counseling services. One of the women filed a civil lawsuit against Hodges, the Diocese of Ohio, Trinity Episcopal Church in Fostoria (where Hodges also worked), and the owner of a counseling center where Hodges was on staff. Hodges fled from Ohio to an Indian reservation in South Dakota, where he was arrested by the FBI on December 5, 1996 after a four-month manhunt. He was removed from the priesthood by the Diocese of Ohio.