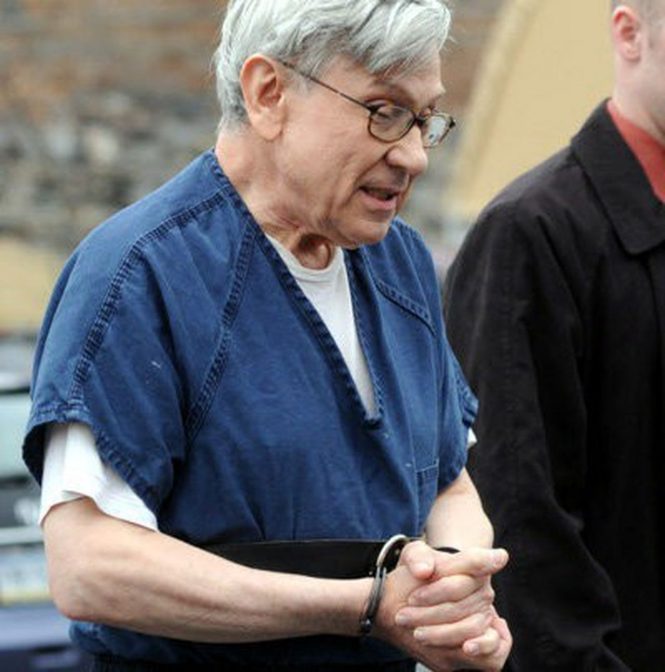 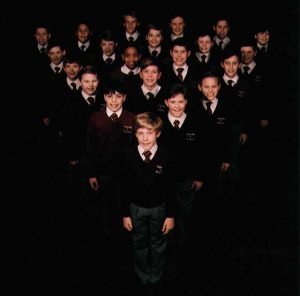 Kenneth Bernard Schade was a lay organist and choir conductor employee of at least eight parishes in the Episcopal Diocese of Texas, the  Episcopal Diocese of Bethlehem. and the Episcopal Diocese of Newarkbetween the late 1960s and 2014.
A professor at East Stroudsburg University, Schade founded the Pocono Boy Singers (later called the Singing Boys of Pennsylvania) at Christ Episcopal Church in Stroudsburg in 1969, using the church as rehearsal space and mailing address. Christ Church provided cassocks, surplices, hymnals, boxes of the Book of Common Prayer stamped with its name, worship leaflets, and a concert venue to the choir between at least 1969 and 2001.
Schade and his undergraduate student Carol J. Sopko of St. George’s, Hellertown were married at the Episcopal Cathedral of Nativity in Bethlehem on August 27, 1977 by Bishop Lloyd Gressle, Bishop of Bethlehem, and Dean John Crandall of the cathedral.
The first recorded complaint against Schade for sexual abuse took place in August 1977 to Dean Crandall by Wade Wolfe, a teenage parishioner at St. John’s Episcopal Church in Palmerton, Pennsylvania. Wolfe committed suicide with a shotgun on September 7, 1977. Schade named the boychoir’s annual leadership award after Wolfe. At least three additional choirboy suicides and attempted suicides were reported to authorities over the next four decades.
Schade’s choir, using rehearsal space in Stroudsburg, Wind Gap, Stockertown, and East Stroudsburg University, performed approximately 120 concerts a year for 30 years throughout the United States, Canada, Mexico, Wales, England, Japan and South Korea, with most performances featuring a concert leaflet with commendatory letters from the Episcopal Bishop of Bethlehem and the Governor of Pennsylvania. Bishop Gressle’s letter was featured for the Japan and South Korea tours in 1983 and 1986, and Bishop Mark Dyer’s letter was used for Japan tours in 1991, 1992, and 1993. Bishop Paul V. Marshall discontinued the letters. The Morning Call newspaper detailed physical abuse at the choir in extensive coverage in 1992-3, and Schade continued as a Christ Church, Stroudsburg employee despite a 1994 lawsuit regarding inappropriate touching and spanking, as well as one choir member having sustained broken ribs in a disciplinary beating when he was thrown against a piano.
Christ Church parishioner and Schade organ student Michael Goucher’s family complained about grooming and abusive behavior to Rector Joseph De Acetis in 1999 when their son was 11. He was murdered in a sex crime on February 11, 2009 after his own descent into abuse-related drug addiction and prostitution.
Schade began using the name “Ken Werner” in about 2007 while continuing employment as a church organist. The Allentown FBI investigation of Schade in 2011-2014 discovered that complaints about sexual behavior were made to Christ Church, Stroudsburg clergy Michael Newman, Elizabeth “Penny” Moulton, Joseph De Acetis, and Elizabeth Haynes as well as supply priest Charles Rice and neighboring ELCA pastor Philip Pfatteicher and UMC pastor George S. Rigby over at least twenty years. Following a written complaint by former parishioner Richard L. B. Sutter, Haynes refused to re-hire Schade as summer parish organist in November 2001, but he began working at Trinity Church, Mount Pocono under Rector Ralph Roth. He was then hired as organist and choirmaster at St. George’s Episcopal Church in Maplewood, New Jersey, which he announced in The Living Church, the Yale Alumni Bulletin, and in publications of the American Guild of Organists. Schade used his Maplewood position as public professional contact information until his 2014 arrest on sexual assault charges. East Stroudsburg University stripped Schade of emeritus status following his arrest.
Dozens of former parishioners and choirboys reported that Schade had violated them sexually but most claims were time-barred by the statute of limitations or by having taken place on concert tours in other states and countries. Many also reported that Schade “only masturbated on them” because he was unable to force oral or anal copulation, making their charges inadmissible under current Pennsylvania law.
Schade’s final scheduled church engagement in Pennsylvania was at St. Luke’s Episcopal Church, Lebanon contracted by Episcopal priest Terry Wible in December 2011. In that month, Bishop Paul V. Marshall communicated to the Diocese of Bethlehem by email that Schade was not to be employed by any parish “out of an abundance of caution.”
In March 2014 Schade was arrested for the 1996 rape of one minor choir member. After his arrest, Schade telephoned the director of St. Paul’s Lutheran Preschool (ELCA) in East Stroudsburg from prison, asking her to hide two suitcases in his house. She complied, but police had recorded the phone call and discovered more than 1,100 pornographic photographs of choirboys and other children. Schade was then charged with 1,101 counts of child pornography possession.
Schade pleaded guilty but continues appeals of his sentence as of 2022 on the grounds that he could not hear the judge’s recitation of charges on account of deafness.
The Episcopal Church House of Bishops included Schade victim Richard Mammana’s Mockingbird essay about the choir in its 2018 Liturgy of Listening and Lament during the General Convention in Austin, Texas. Despite Schade’s 40-year career as the most prominent lay Episcopalian in northeastern Pennsylvania as a parishioner and lay employee, both the Diocese of Bethlehem and Christ Church, Stroudsburg have refused to acknowledge any responsibility for his crimes, citing his 1973 independent incorporation of the choir with the IRS.  Because Schade was a lay employee there was no possibility of church discipline, and he remains an Episcopalian in good standing. He continued to be listed as a music instructor in the Pocono Arts Council‘s online directory until 2020.
Schade’s associates and assistants continue to serve in church pastoral and musical positions, including Music Minister Gary Raish at Cherry Lane United Methodist Church, Youth Pastor Timothy Goulet at LifeQuest Church in Belton, Missouri, Pastor Ronald Weber of the Metropolitan Chicago Synod ELCA, and Eric Gombert of St. John’s Evangelical Lutheran Church in Allentown, Pennsylvania. Schade is a member of the conservative Anglo-Catholic Confraternity of the Blessed Sacrament and the American Guild of Organists.
https://www.wfmz.com/news/area/lehighvalley/bernard-kenneth-schade-boys-choir-founder-charged-with-rape-in-alleged-abuse-of-members/article_52d3ed70-34da-5251-830f-883189383fc1.html
https://www.lehighvalleylive.com/breaking-news/2015/01/bernard_schade_former_boys_cho.html
https://www.lehighvalleylive.com/breaking-news/2014/04/singing_boys_founder_headed_fo.html
https://www.pennlive.com/news/2016/11/ex-prof_who_founded_boys_choir.html
https://www.wfmz.com/news/former-boys-choir-director-pleads-guilty-to-child-porn-sex-assault/article_a56b9e9e-ea15-5322-9f19-798e89740d29.html
https://www.phillymag.com/news/2014/04/14/boys-choir-founder-faces-1100-sex-abuse-charges/
https://www.timesleader.com/archive/160119/news-otheropinion-1337576-other-opinion-singing-boys-of-pa-choir-leaders-style-red-flag-for-adults

Thank you for the comprehensive article. So many more boys were abused than were able to seek justice. And all of Schade’s victims will be suffering or recovering for their entire lives. It’s hard to believe what Schade was able to get away with for so long before his arrest in 2014.

All of us here at Anglican Watch are profoundly sorry for the hurt and pain that Scade and the church have caused.

If we can ever support you in any way, please let us know.