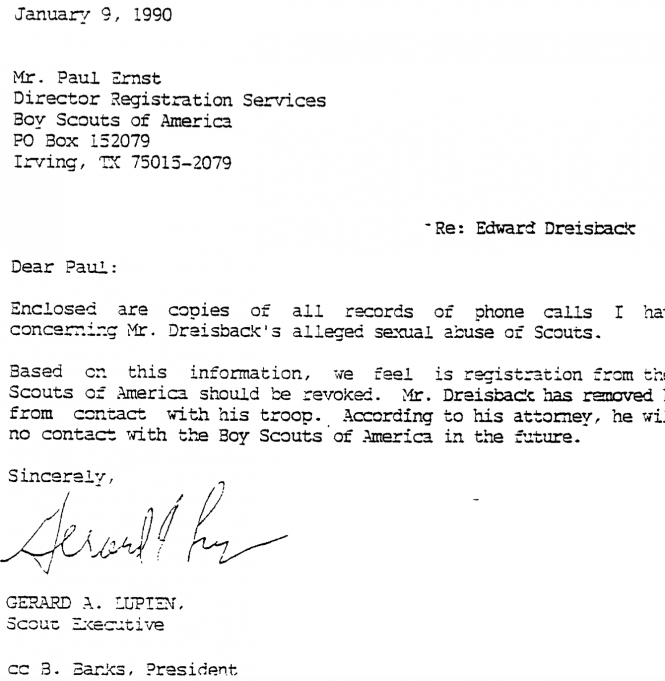 In 2013 protesters picketed Prince of Peace Episcopal Church in Dallas, Pennsylvania (Episcopal Diocese of Bethlehem) over historical sex abuse charges against parishioner, Penn State professor, and Boy Scouts of America troop leader Edward (“Ted”) Dreisbach. Dreisbach’s Boy Scout mentoring relationship between 1960 and 1989 was terminated by the BSA after three complaints by minor Boy Scouts about sexual abuse while swimming. BSA documents included allegations of “emotional manipulation and threats,” forced oral sex, and fondling between 1972 and 1979. The Wyoming County District Attorney’s Office (Pennsylvania) determined in 2013 that the incidents were outside the statute of limitations. Dreisbach was identified in Times Leader 2013 newspaper articles as acolyte master at Prince of Peace Episcopal Church. Rector Joseph Rafferty said that Dreisbach drives a boy to church every week: “I have to think about Jesus and the Gospel. There is forgiveness, too.”