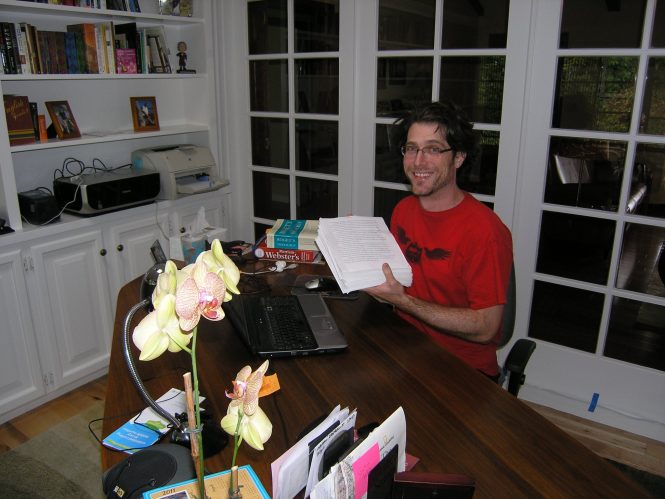 Earlier today, Anglican Watch had the opportunity to interview Tom Rastrelli, author of “Confessions of a Gay Priest.” The conversation was a searing look at the pain that arises when faith, abuse, and sexuality collide.

Tom is in many ways an ideal priest. Intelligent, articulate, compassionate and obviously intrinsically kind, it’s easy to see how, growing up Catholic, Tom followed the path to ordination.

But right behind the surface are layers of pain, abuse, and struggle that are enough to cause any person of compassion to themselves feel pain. And Tom is a masterful, courageous writer, who combines skill and vulnerability as he outlines the suffering involved in living a double life.

Tom’s book came out last year but due to the pandemic, the normal rounds of book signings, speaking engagements, and other opportunities to create awareness haven’t been available. So we are happy to provide some extra visibility for Tom’s book, which is available from Barnes & Noble, Amazon, the University of Iowa Press, and independent booksellers. It’s well-written and a compelling read, well worth the time of anyone who wants to understand the pain and suffering that goes on right behind the scenes in the church.

While our time in conversation today was limited by prior commitments, we enjoyed our conversation with Tom and look forward to speaking with him again.

Here are some of our questions and answers:

I had really struggled with trauma and the need to work through issues arising from the first wave of abuse scandal in the Catholic Church. But I didn’t want to just take things at face value; I wanted to think through things and understand them.

As I worked through things, there was a very charismatic preacher in college. He was really a positive influence, but he was also grooming me, even as I struggled to come to terms with my own homosexuality.

And it kind of made sense. In a church that says gay men can only be celibate, being a priest gives you a way to deal with that. And you can spend time with other gay men. Plus, and I know it sounds trite, but I wanted to help other people—-help them with their own struggles.

By the end of my sophomore year in college, I was suicidal due to trauma and sexual abuse I’d experienced in the church. I was praying for healing.

Leaving Iowa, where I’d grown up, was really positive, and I experienced a lot of growth. In fact, my time at seminary in Baltimore was very positive. And my spiritual director there was one of the best counselors I’ve ever had.

But it’s also important to remember that seminary is basically a form a brainwashing, where you’re taught to stop thinking for yourself.

It was also easy for me to get so caught up in the intellectual pursuit that I overlooked some of the challenges, including dealing with my sexual orientation.

The Catholic church ultimately is a white supremacist organization that is ostensibly led by straight white men.

That’s compounded by the Catholic church’s view that it’s the one, true church. Yes, there are ecumenical and collaborative efforts, but the church still sees itself as the only true church, where those in other churches follow Jesus despite their error.

This leads to a lie, where the church portrays itself in one way, but in is in reality something else entirely. That lack of integrity leads to abuse and dishonesty at every level, where women are disempowered, queer people abused, and children sexually abused.

Until that belief — that the Catholic church is the one true church — it will remain a white supremacist organization.

It’s important to understand, too, that the church grooms at every level. Priests groom parishioners and parishes. Bishops groom dioceses and communities, and eventually police departments. And the church grooms society as a whole.

And if you sit in a pew, and you provide support to the church, you are part of the problem. You can’t just sit there and ignore what’s going on.

It was seeing the priest who had groomed me and abused me doing the same thing to others. I just couldn’t stand by and allow it to happen. But when I did, I was told to keep quiet, to not say anything except to my bishop and spiritual director, and to ignore it. I couldn’t do that.

Talk to an outside professional about it, someone who’s not connected to the church and can offer an independent perspective. It’s possible to grow and be healthy, but you really need someone who can offer you their own views, versus just repeating those of the church.

Just change. Just change. Especially when it comes to sexual abuse, there’s no room for error.

There’s a lot that can be done. When the pope is speaking officially on matters of faith or morals, he’s speaking ex cathedra, so he is considered infallible. So why doesn’t the pope simply do it? Why doesn’t he end prejudice and hatred?

It just needs to end.

Ed: It is important, particularly in faith communities, to understand the concept of grooming and its warning signs, in which the more powerful exploit and manipulate the less powerful. If you believe you or a young person are being groomed by a person in position of authority, seek outside independent help immediately, including notifying law enforcement if appropriate.