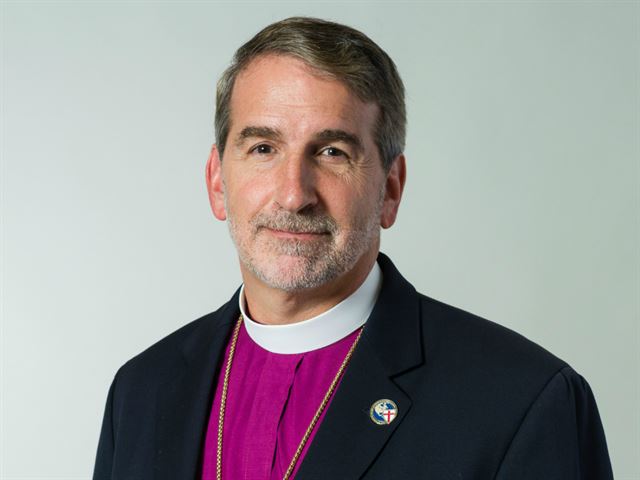 That’s the reality that now faces dissident “Anglicans” in North America, following a Pastoral Letter from American Convocation of Anglicans in North America (ACNA) bishops that suggested tolerance, if not acceptance, of LGBTQ members. (ACNA comprises groups that have left the Anglican Church of Canada and the Episcopal Church, and is not part of the Anglican Communion.)The letter was soon followed by a letter from a group of ACNA members inviting LGBTQ persons to become involved with ACNA.

In a fiery response consistent with its past stance on these issues, GAFCON, a group of conservative Anglicans, issued a statement through Archbishop of Nigeria Archbishop Henry C. Ndukuba condemning the announcements, adding that in GAFCON’s view there is no such thing as a gay Christian.

The GAFCON communique also took direct aim at Archbishop Foley Beach, who in addition to heading ACNA chairs GAFCON, further suggesting that the ACNA announcement could result in yet another schism.

And while Episcopal Cafe and other outlets have covered the brouhaha in general terms, I would like to raise a different issue. Specifically, the announcements illustrate that the property recovery litigation here in Virginia and elsewhere has little to do with sexual politics, and more to do with power and control. In that regard, TEC needs to sit up and take notice.

History of the conflict

For those not familiar with the conflict, the turmoil within the Episcopal Church (TEC) had been brewing for years. Indeed, the observant first saw issues over gender and sexuality all the way back into the 1970’s, with the ordination of women.

But much of this was concealed behind a facade of weasel words and equivocation, with more than a few Episcopalians urging that LGBTQ persons be denied a full role in the life of the church, all in the name of unity.

The result was the infamous Sewickley letter, an organized plot by dissidents to seize property and replace the duly elected Episcopal hierarchy with their own, alleged conservative candidates.

And while the property recovery legislation came out decidedly in favor of the Episcopal Church, I believe that, true to form, LGBTQ church members wound up under the bus, blamed for an issue that had very little to do with sexual orientation.

Here in Virginia, for example, we have the scandal at Truro, which directly involved senior ACNA officials and involved a “Don’t ask, don’t tell,” approach to allegations of predatory homosexual conduct by priest in the parish.

Similarly, I have known several gay persons at the famously homophobic Falls Church Anglican. I also have a number of dear friends in ACNA. Thus, while I don’t see that it’s easy to be openly gay in ACNA, neither do I see it as the real epicenter of issues for the denomination.

Will the real issue please stand up?

So what’s the real issue?

The real issue, I believe, is about power and control.

Indeed, John Yates, for many years the rector of the Falls Church, only started to get restive after allegedly being passed over for bishop on several occasions by TEC. And having watched Yates from a distance for a number of years, I get the sense of a narcissist: Someone who pointed the light at himself, versus God. Thus, the decision to take a pass on Yates as bishop seemingly led Yates to take a finger-in-the-eye approach to things, and grow the Falls Church from a sleepy little church to a conservative mega-church.

The same holds true for Tory Baucom, the former rector of Truro, who resigned in haste following an investigation that allegedly accused him of bullying and abusive conduct. In Baucom’s case, we see all the signs of a narcissist at work — the fiery temper, the abusive behavior when challenged, the efforts to portray himself as guileless and charming in other circumstances. And, as I have posted before, Baucom’s friendship with Shannon Johnston appears to be far from random, but rather a case of two narcissists making common cause as they “reconcile,” all in the name of reputation management.

Thus, I believe that LGBTQ persons have been a convenient scapegoat on both sides of the issue for a conflict that runs far deeper than who’s welcome in church.

Where things get tricky

And while Foley Beach and the rest of the ACNA hierarchy have shown themselves perfectly happy with a don’t-ask, don’t-tell approach to LGBTQ issues, there’s folded within the issue another, highly tricky aspect. Specifically, we often see ACNA willing to hold clergy to a standard that simply doesn’t apply in TEC.

To be clear, I don’t support tossing out clergy who are LGBTQ. Far from it.

But we do see that ACNA is willing to address issues like Tory Baucom’s alleged bullying. Similarly, ACNA Pittsburgh bishop Jim Hobby was ousted after allegedly ignoring complaints about sexual misconduct by a priest under his supervision, while earlier that year recently retired ACNA bishop Ronald Jackson was defrocked for using pornography and other misconduct.

In contrast, this sort of conduct is almost universally ignored in TEC. For example, Mary Glasspool reported that bishop Jon Bruno, retaliating against her over the St. James the Great controversy, “scared the shit out of her.” Yet this issue was largely ignored at the time, and got scant attention during the subsequent Title IV proceedings against Bruno.

Similarly, reports of bullying rectors are routine in TEC. And while a bishop may advise good behavior behind the scenes, it’s rare for anything more to come of it.

Nor is cover-up all that uncommon in TEC.

For example, bishop Shannon Johnston is alleged to have covered up egregious sexual harassment by one priest canonically resident within the diocese. Indeed, in one case with which I am familiar, the offender remains a priest in good standing and is currently serving a parish outside the state,

Similarly, the Episcopal Church often withholds even basic details of clergy misconduct, typically in the name of confidentiality, making it difficult for congregations to heal. Denying a pastoral response is all too common when someone comes forward with concerns about abuse, and many judicatories will use the “weighty and material” provisions of the Title IV disciplinary canons to avoid dealing with situations they wish to avoid. I can speak from firsthand knowledge on these issues.

Indeed, TEC itself has repeatedly noted that there is a lack of accountability in the church.

Lack of accountability was a key finding in the church’s report on the Heather Cook debacle, in which Cook, a bishop in the Diocese of Maryland, killed a cyclist while driving under the influence. “The abdication of accountability is of primary concern to the commission,” the panel wrote.

And while there’s been a lot of lip service to the findings of the report, next to nothing has been done in real life to address these issues. In other words, there’s been no accountability.

So, there is a lesson in all of this for TEC.

Specifically, while progressives may not agree with ACNA’s decision to defrock LGBTQ priests, ACNA has a level of accountability that, while imperfect, far transcends anything in TEC.

And the situation at Truro raises an important point: Even as Episcopal churches talk about becoming beloved community and engaging in peacemaking, emotional violence remains perfectly acceptable in many parishes. Fortunately, Truro’s leadership appears to have been willing to address the issue — something I simply cannot see happening in an Episcopal parish.

Even in the recent debacle over the National Cathedral’s decision to invite Max Lucado, we see that a whole swath of the church felt bullied. Yet when they objected, instead of trying to address the issue, Randy Hollerith, to use his own phrase, “got his back up” and plowed forward, in one of the most spectacularly arrogant and mean-spirited decisions in have ever seen in a church setting. Thus, this wasn’t a Mean Ladies of the Altar Guild-type situation; this was a large group of church members. Yet there was absolutely no recognition at any level that there was an issue afoot.

Thus, in the midst of an often clueless Episcopal Church, the risk that confronts it is that a far more accountable ACNA will wake up, smell the coffee, and drop the stupid stance on LGBTQ inclusion. And that seems all but inevitable, for larger society increasingly doesn’t see LGBTQ persons as any less human, or less deserving of God’s love, than anyone else.

And if and when this does happen, TEC faces the prospect that persons of integrity will flee the accountability-free Episcopal church, preferring instead a denomination, that whatever its faults, at least acts with honesty.

In short — and I say this as a progressive — the Episcopal Church cannot substitute progressive stances on social issues for day-to-day ethical conduct. If it continues to adhere to the former, while ignoring the latter, the Episcopal church will be gone, possibly within my lifetime.

It’s time for the Episcopal Church to get its act together and be accountable.