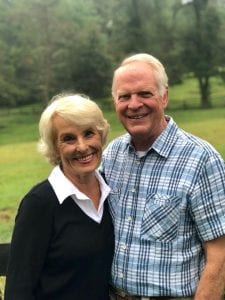 During his tenure as rector of The Falls Church Episcopal, Yates was informed that assistant rector the Rev. Byron Bruce Newell was sexually abusing female church members who had come to him for pastoral care.

But rather than taking action, Yates called one or more of the victims into his office and urged them to repent.

Newell was sent to counseling and reassigned to Truro Episcopal after a counselor assured Virginia Bishop Peter Lee that Newell was unlikely to repeat his abuse. In conjunction with Newell’s transfer, Yates sent a letter to parishioners with the news, adding that Newell and his wife were “unusually gifted servants of God.”

One of the Newell’s female victims later filed suit against the Episcopal Diocese of Virginia after an unproductive meeting with Bishop Lee. The case was dismissed, with the Virginia Supreme Court holding that permitting suit would violate constitutionally required separation of church and state.

Newell was defrocked by Bishop Lee after an ecclesiastical trial.

There is no record that Yates was disciplined for his role in covering up the abuse of the seven female victims.