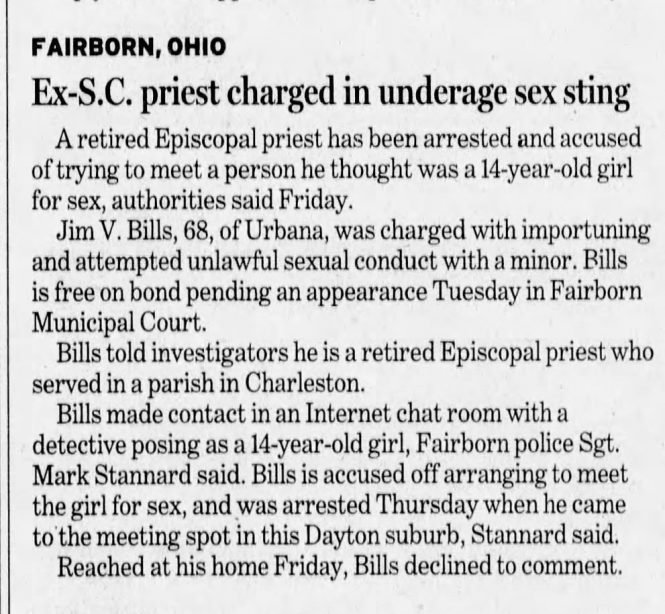 He was convicted of single counts of “importuning and attempted unlawful sexual conduct with a minor.” Bills was ordained in 1963 after studying at the former Episcopal Theological Seminary in Cambridge, Massachusetts. He served parishes in Alaska, Ohio, and Tennessee before becoming vicar of St. Stephen’s Episcopal Church, Charleston, South Carolina in the Episcopal Diocese of South Carolina. Bills was an outspoken Episcopal Church loyalist in the dispute over South Carolina Episcopalians’ decisions to remain or leave TEC and affiliate with the Anglican Church in North America. Bills resigned from the priesthood in 2006.