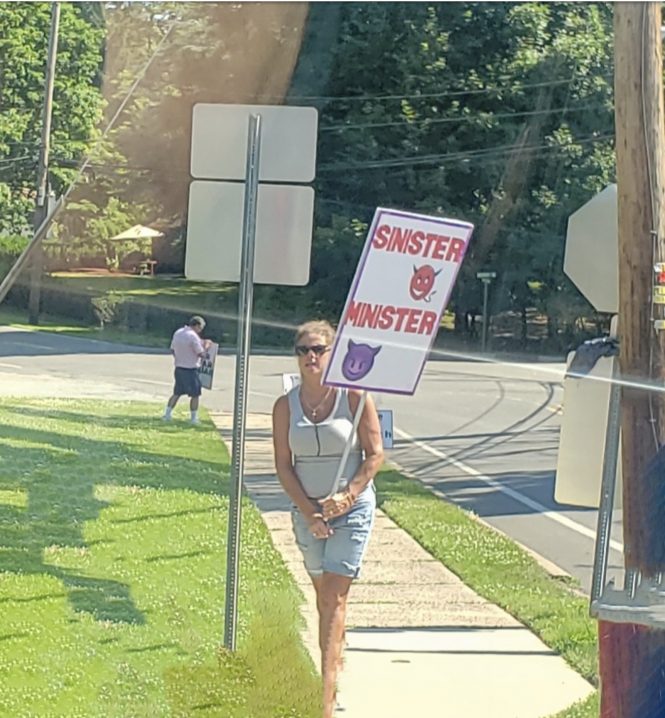 Ed.: We earlier posted an update about further bad behavior on the part of Jeff and Debbie Piatt. We have pulled the post, as we believe we will have additional updates early next week. In the meantime, we remind readers of the Piatt’s continued defamation of Pastor Jill Williams of St. Paul’s Montvale, including Debbie Piatt’s “Sinister Minister” signs. We also call on Piatt et al to explain the purported “reimbursement” checks, drawn on church accounts, and made payable to members of his family.

To date, we have seen no evidence that Piatt or anyone connected made advances to the church that would warrant “reimbursements.” Nor do we have any evidence of contracts between the church and Piatt family members. 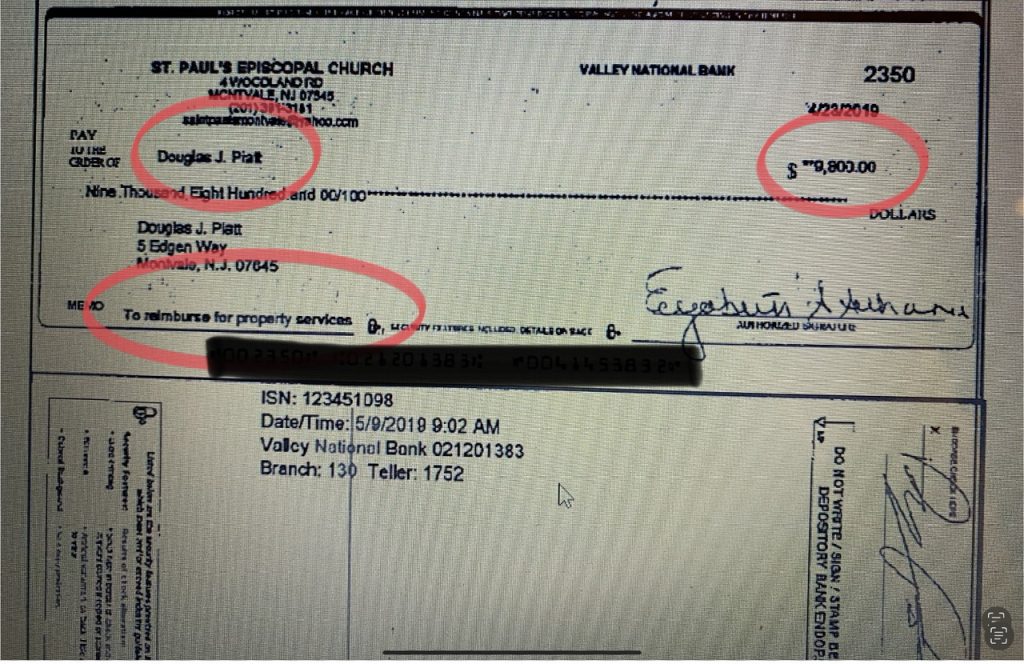 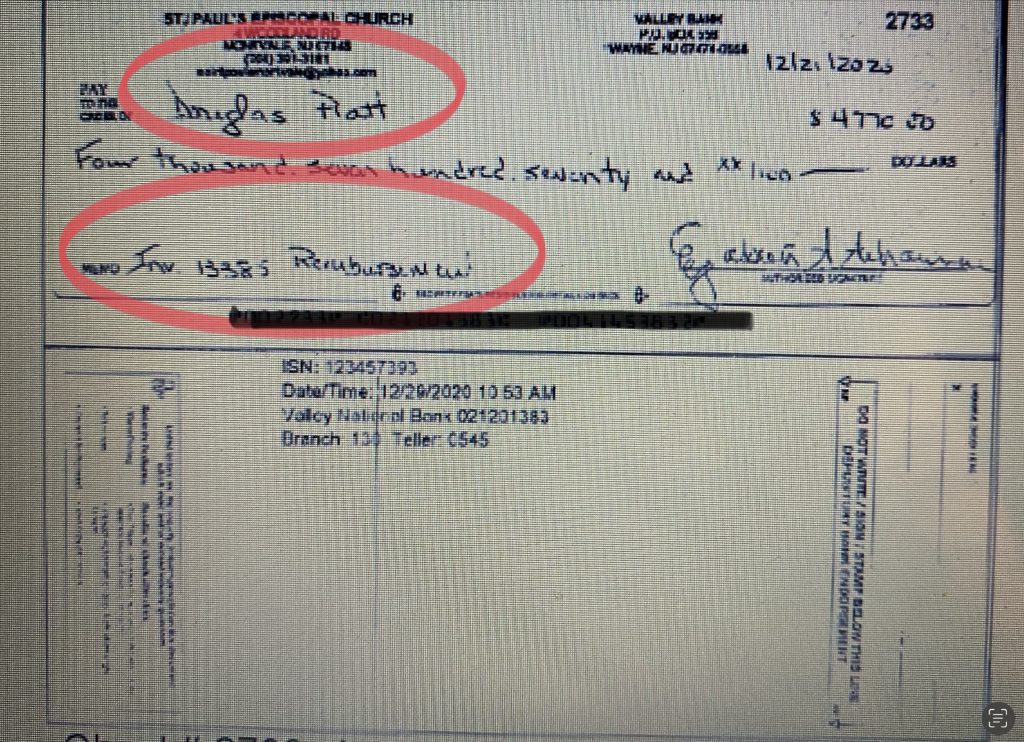 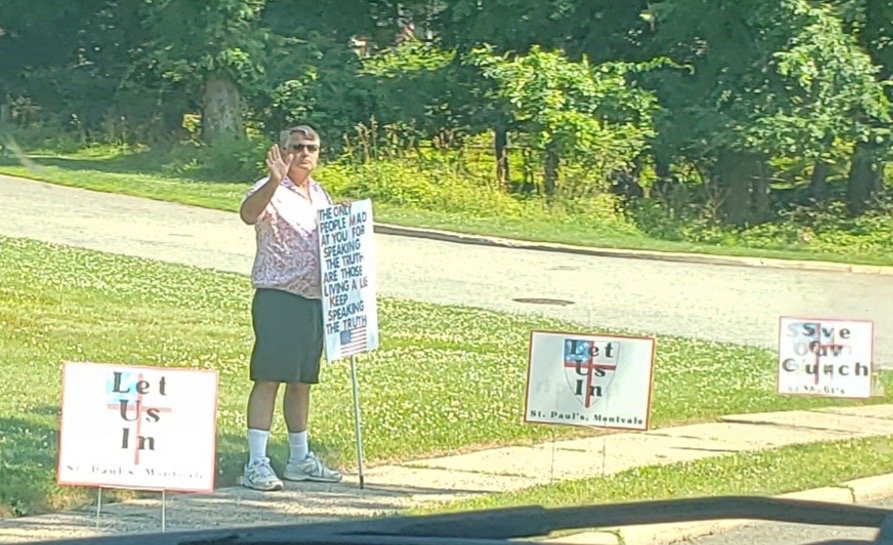 Jeff Piatt previously told parishioners he and his wife would not return until Pastor Jill was gone. Now he improbably says he wants to be “let in.” Which is it?