“Anglican Rosary” inventor and Episcopal priest the Rev. Dr. Lynn Charles Bauman was a priest of the Episcopal Diocese of Dallas ordained to the priesthood in June 1982 by Bishop Donald Davies. Bauman studied at Calvin Bible College before receiving a certificate in Anglican Studies in 1981. He was curate at St. John’s Episcopal Church in Corsicana, Texas from 1982 to 1983. He served as rector of the Episcopal Church of the Good Shepherd, Cedar Hill, Texas from 1984 until his removal from the priesthood in 1999 by Bishop James Stanton for what the Associated Press called “sexually molesting an 8-year old Dallas boy.” Bauman avoided prison by pleading guilty in exchange for 10 years’ probation, a $1,500 fine, and 240 hours of community service. Fannin County Attorney Jim Moss said in 1999 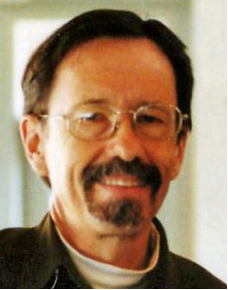 that Bauman was “suspected of fondling and engaging in lewd conduct with several young boys” in his parishes, but that their parents did not want to press charges. Bauman listed himself in the Episcopal Clerical Directory as the author of manuals on visualization, deep relaxation, and psychology. In 2008, the Episcopal Diocese of Minnesota hired Bauman to give spiritual retreats at its House of Prayer center in Collegeville, Minnesota. According to Episcopal Church Pastoral Development Officer Bishop F. Clayton Matthews, Bauman could function as a retreat director on the understanding that “Mr. Baumann’s contact (is) to adults only,” and that retreatants would be briefed on his conviction. He continued to lead retreats in Georgia, Texas, and Minnesota through at least 2014, including at the Episcopal Convent of St. Helena in Augusta in February 2012.