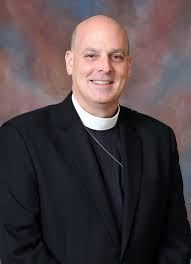 Whayne Miller Hougland, Jr., served as bishop of the dioceses of Eastern Michigan and Western Michigan prior to being suspended from ministry for having an affair with a married woman. Hougland also was married at the time.

The suspension arose after the husband of the woman with whom he was having an affair called the presiding bishop’s office sometime in 2020 to complain. When contacted about the matter, Hoagland admitted to the affair and asked for help. As a result, he was suspended from ministry for a year and given paid leave. At that time, he apologized for his actions.

The decision has been criticized as too lenient, and financially problematic for the dioceses, both of which have suffered steep declines in membership in recent years. Additionally, many assert that the suspension left the dioceses without effective leadership during the COVID pandemic, adding that parochial clergy who engage in such conduct typically are defrocked.