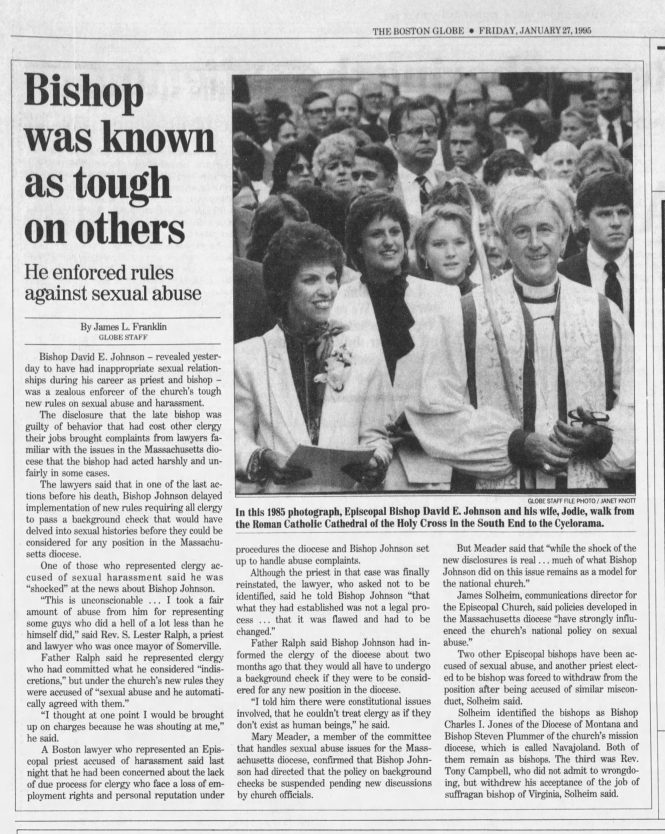 Virginia Theological Seminary graduate David E. Johnson was ordained to the priesthood in 1962 and consecrated bishop for the Episcopal Diocese of Massachusetts in 1985. In 1994 Johnson resisted implementation of rules requiring background checks for clergy licensure. After Johnson’s 1995 suicide, his successor Bishop M. Thomas Shaw SSJE made the following statement.

“It is clear that Bishop Johnson was involved in several extramarital relationships at different times throughout his ministry, both as a priest and bishop — at least some of these relationships appear to have been of the character of sexual exploitation,” the statement said.
“Detailed information about these relationships is still lacking,” the statement continued. “While some suspected such behavior, unfortunately no one possessed the factual information necessary to have made these situations known in any venue where appropriate action could have been taken; this is, sadly, not an unusual set of circumstances when people of prominence are involved.”