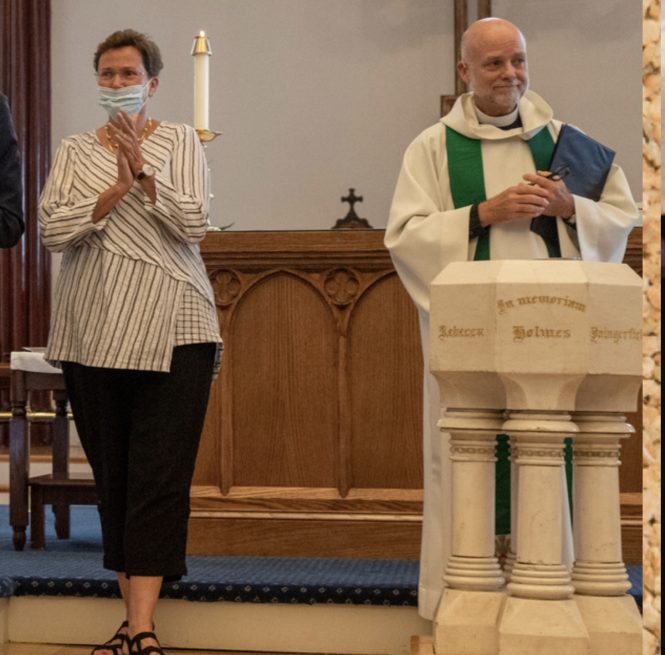 Earlier today, the Episcopal Survivors Network, a national advocacy group formed by victims of abuse in the Episcopal Church, issued a second statement about St. Paul’s Alexandria and the church’s refusal to condemn torture:

ALEXANDRIA, Va. — The Episcopal Survivors Network (ESN) today condemned the continuing unwillingness of St. Paul’s Episcopal, located in Alexandria, Va., to hold accountable church members who allegedly were behind the U.S. government’s “enhanced interrogation” program. The program, now discontinued, is considered torture by many and has been condemned by the larger Episcopal church, as well as numerous other faith communities.

ESN previously demanded that the church, its clergy and its vestry return funds received from members David and Anne Ayres. David was identified as an owner and CFO of the private company that allegedly trained military personnel in the tactics used in the enhanced interrogation program. Additionally, ESN demands accountability for those who participated in the program.

Despite these demands, the Ayres continue in church leadership, with David Ayres serving on the church’s foundation. Anne recently served as the senior warden, which is the highest elected lay position in an Episcopal parish. Further, the church has ignored calls to return funds derived from torture. David Ayres serves on the board of governors of the National Cathedral School.

ESN spokesperson Heather Hardy stated, “This is a defining moment in the life of St. Paul’s. Will the church stand on the side of the victims of violence and oppression? Or will it favor those who’ve amassed immense wealth through the exploitation of Muslim men made in the image of God?

“As Holocaust survivor and Nobel Laureate Elie Wiesel reminded us, ‘We must always take sides. Neutrality helps the oppressor, never the victim. Silence encourages the tormentor, never the tormented.’

“I’m deeply saddened to learn such shocking information. I grieve for St. Paul’s and pray for honesty, repentance, restitution, and grace. And I especially pray for the restoration of torture victims whose lives continue to be marred by these cruel acts of violence.”

The matter first came to light in an article on Anglican Watch, which reported that David Ayres appears to have signed paperwork as CFO of Mitchell, Jessen and Associates, the company behind the enhanced interrogation program. Tactics included waterboarding, sleep deprivation and other tactics illegal under international law.

Hardy concluded, “The church should never be just a social club with religious affectations for the well-heeled. Instead, the church is where we should practice what we want to see in the rest of the world, recognizing we will sometimes fail and need to get up and try again.”